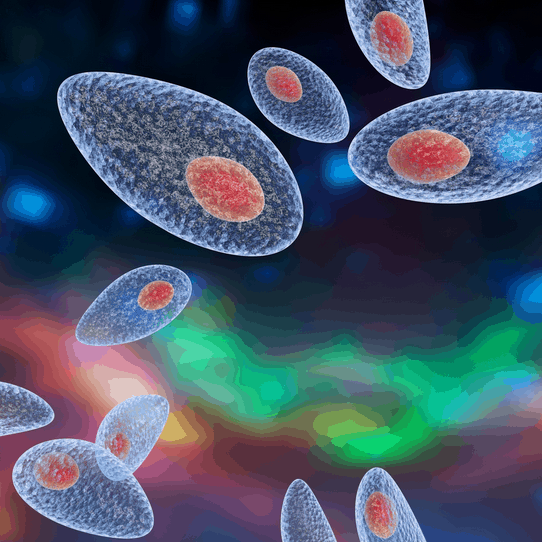 Well-documented outbreaks of human toxoplasmosis infection are infrequently reported.
Here, we describe a community outbreak of multivisceral toxoplasmosis that occurred in Patam, a Surinamese village near the French Guianan border.

From the end of December through the middle of January , 5 adult patients in Patam, including 2 pregnant women, were initially hospitalized for multivisceral toxoplasmosis.

A French-Surinamese epidemiological investigation was conducted in the village; inquiries and clinical examinations were performed, and blood and environmental samples were obtained. For all serologically confirmed cases of toxoplasmosis, molecular analysis and mouse inoculations were performed for diagnosis and genetic characterization of Toxoplasma gondii.

This report is in agreement with the particular features of toxoplasmosis involving atypical strains that were recently described in French Guiana.